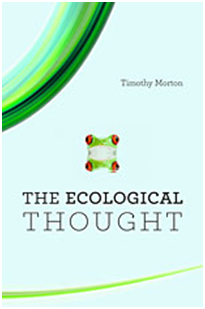 Under the auspice of identity we write towards an indiscernible future that holds forth hope not only as vision or project but in reality and in truth. What is it to evoke a catholic commons but to signal an intimate entanglement with which we are never truly finished? Never finished because the commons is not something that belongs to us but rather the interconnectedness wherein we constantly find ourselves surprised by beings who fill us with wonder, delight, amazement, disgust, frustration and pain. To speak of the commons is always to speak of what is beyond private control; it is to speak of communion and camaraderie and at the same time the pain, isolation, and violence that come bound up in earthly existence. That the commons is catholic is a sign of its expansiveness, our locality is not protectionist. And what could it be to be seeking the kingdom except that we are on the road open to encounter with that strange stranger who just, just might be the Christ? END_OF_DOCUMENT_TOKEN_TO_BE_REPLACED

In 1889, William Morris delivered a lecture titled “The Arts and Crafts of Today,” which addressed the degraded state of labour and commerce in industrial England by working through the question of art’s purpose in everyday life. Not simply an indictment of late Victorian society, Morris’s lecture functions as a manifesto, justifying his radical position to an audience of artists while laying out the philosophy of the Arts and Crafts movement. Like the manifestos of later design movements, such as The Bauhaus, Morris’s lecture assumes a close relationship between what he calls the “applied arts” and the complex form of society at large. For both movements, the design manifesto is a polemical call to all creative labourers to recognize their collective capacity to overturn and transform the status quo; it is an attempt to articulate an alternative vision of society in which art does not simply mask reality but actually improves it. END_OF_DOCUMENT_TOKEN_TO_BE_REPLACED

In a time when the greed of liberal capitalism has brought the global economy to the knife’s edge of utter collapse, it may seem frivolous to spend time at the movies. Indeed as the Occupy protesters continue their encampments, the often-heard criticism by the elite – the infamous 1% – is the hypocrisy of the protesters own positions. Are they not organizing their traffic stoppages on their iphones while they sip Starbucks lattes? Are they not themselves the very consumers who keep the death march of infinite protest going? How then can they make a legitimate critique of a system in which they are implicated? We can imagine the critics shouting: “let the hippies leave their communes and go home, let them get jobs and stop complaining about a system that supports them.”

Rather than feeling like you are handing over 30 pieces of silver for a pass to the cinemas this weekend, as Martha Marcy May Marlene hits theaters, few critics of capitalism could do better then to put their protest signs back in their yurts for a few hours (its okay, you will want to take them up again later) and head over to their local cinemas for Sean Durkin’s new film. END_OF_DOCUMENT_TOKEN_TO_BE_REPLACED